In Search of Wild Edibles 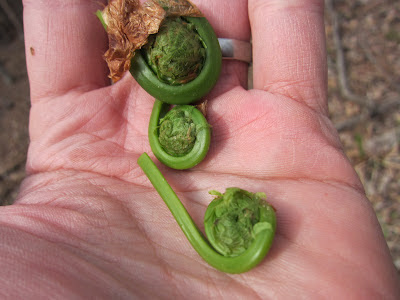 A friend gave me a tip the other day about a nearby location for fiddleheads. For the uninitiated, fiddleheads are what ferns are called as they emerge from the ground, before they unfold. While not all are edible, and some are slightly carcinogenic, if you find a patch of Ostrich Ferns, you got it made. Because they are considered safe to eat, and are absolutely delicious.

Olive and I got ourselves together and headed out. You really have to catch these ferns when they are just emerging and rolled up nice and tight. If you wait too long, they get pretty bitter. And the window of time between tightly rolled and too far gone is a short one. I knew we were headed out a bit late but I really wanted fiddleheads to go with dinner that night, so I hoped I would get lucky. They taste sort of like asparagus, but nuttier. To me, they taste like Spring, plain and simple.
We made our way tot he secret spot and found them easily enough. It was a good sized patch, not huge, but pretty easy to get to. Alas, most of them were too far gone and many had been harvested already. I still managed to collect a handful, which I sauteed that night in a bit of butter. Perfect. 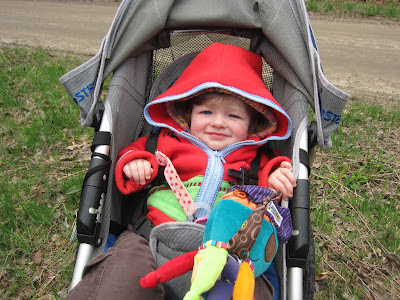 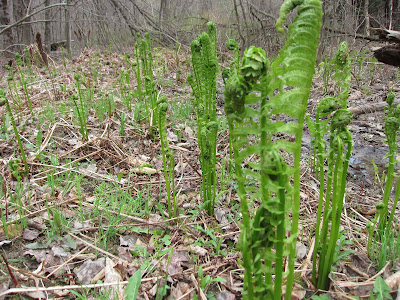 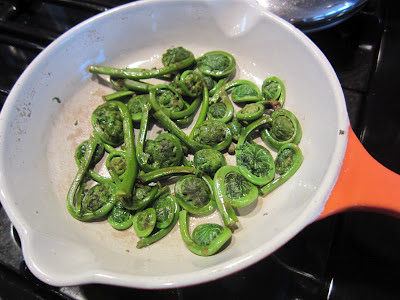 The next day I decided we would go on one of our usual walks but I would head off the trail along the banks of a stream and search for my own secret spot. No luck, but it wasn't a total loss. We came across many trillium in bloom, a beautiful forest flower. 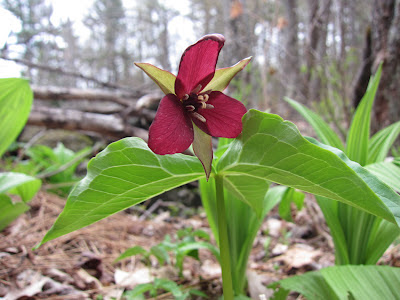 Some of the shadbush was also blooming. I love plants with interesting names and stories behind them and shadbush fits the bill nicely. It is called shadbush because it blooms when the shad run in the rivers. The early settlers also called it serviceberry, because it is the first plant to bloom in spring. When the ground thawed and all of the people who died over the winter could finally be buried, the shadbush, or serviceberry, were the only flowers available for the funeral service. 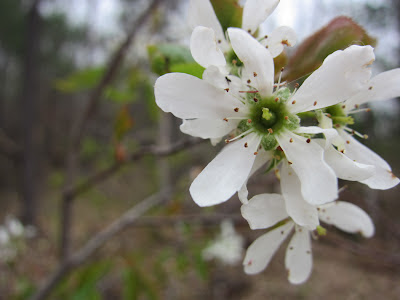 And although we found no fiddleheads I did read up a bit more on shadbush when we got home and discovered it, too, has an edible component. Its berries arrive in June, and are reportedly quite delicious in baked goods or as a dried treat. This earned them a third name, Juneberry. Whatever you call it, it is a beautiful plant to come across in the early spring.

Posted by Richard Popovic at 10:23 PM